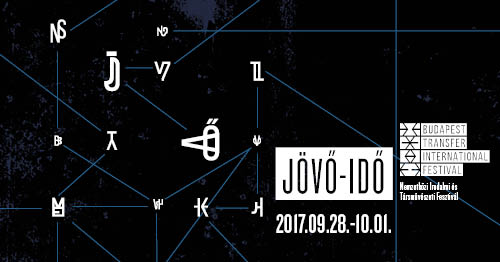 Museum, with contemporary literature in its focus. Each year, the festival explores
a theme through which it looks at literary life in a regional and international context.
The backbone of the programme is designed to be interesting not only for the
literature enthusiast but to the general public as well. The name Transfer itself
stands for movement, an exchange between art forms, science, languages,
culture and very importantly, between authors and the audience.
The ninth edition of the festival zooms in on future and explores this theme
with the help of local and international authors, experts, scientists and artists,
giving special attention to the Visegrad region.
Talks, readings, workshops for children, city tours, concert, film screenings and
more to be expected at this year’s Transfer!

You are stepping onto uncertain grounds if you wish to study the future. And even if you are experienced in drawing conclusions from the tendencies of the present, great caution is needed in a time full of unexpected turns. However, if future is in the focus of a Central European festival, we can at least be certain that there has been a tradition and practice of contemplating the future. We cannot forget those who gave a lot of thought to an imagined Central Europe at the time of communism, and voiced their expectations regarding a regime change along these lines. It is worth considering what has become reality from the visions born 3-4 decades ago and how. Central European thinking has since been institutionalized. And at the time of Hungary’s V4 presidency, it might be useful to look to the world of literature and social sciences to see what Central European belonging means, whether there is space for regional collaboration in the globalized world, and how the network of personal connections could be strengthened in a region where historical conflicts and linguistic differences do not make it easy to co-operate. Transfer Festival, similarly to the previous years, wants to encourage both the participants and the wider audience to discuss the future – even its uncertainties – and thus, to create a sense of community.
PRŐHLE Gergely / Director General PIM